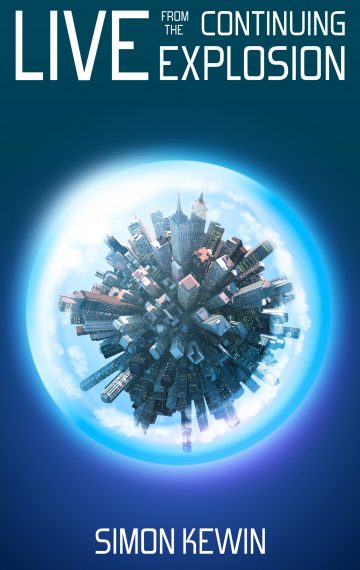 A terrorist sets off a bomb in New York’s Grand Central Station. But it is immediately obvious this is no ordinary explosion. Everybody nearby is caught within a bubble of space-time inside which time grinds almost to a halt. The world watches in horror as the explosion unfolds in close-up slow-motion.

Kirsten Campbell escapes the blast but her twin brother is caught inside it. She can do nothing but watch him there, frozen, as she ages. Meanwhile the explosion, and then Kirsten herself, become the focus for cataclysmic change the world over.

This story is no longer available through book stores, but it can still be downloaded from this page.