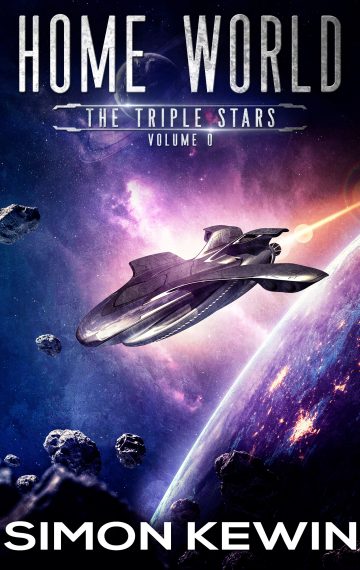 Three warring worlds attempt to resolve their differences over a disputed planet, but the peace talks upon the central Nexus world of Coronade are thrown into chaos when one of the delegates is brutally murdered. Conciliator Magdi, an empath from Periarch, pursues the killer in a desperate attempt to keep the peace talks alive.

Meanwhile, confused rumours circulate about the discoveries made by the Magellanic Cloud, a ship thought lost in the galactic core. The whispers warn of a biological or technological discovery that threatens the very existence of interstellar civilisation.

Magdi sees an opportunity to use the rumours as a way to encourage the three worlds back to the table. But has she underestimated the risks she faces?

And has she made the mistake of not taking the troubling rumours seriously enough?

“The suspense kept me reading, and the ending left me wanting more. Recommended.”

“This is a beautiful descriptive story, the author has developed a uniquely set up world that helps the unfolding mystery feel even more urgent to solve … Highly Recommended.”