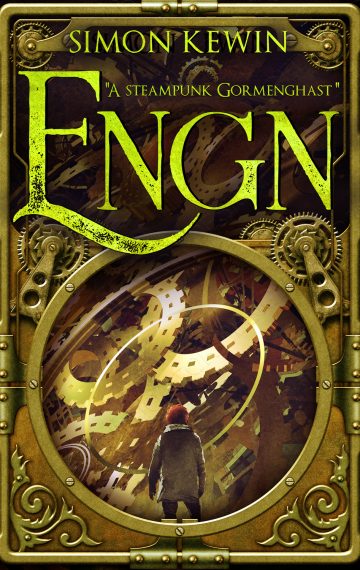 Lost in the great machine…

Finn’s childhood in the valley is idyllic, but across the plains lies a threat. Engn is an ever-growing, steam-powered fortress that needs a never-ending supply of workers. Generation after generation have been taken away, escorted into its depths by the mysterious and terrifying ironclads, never to return.

The Masters of Engn first take Finn’s sister, then his best friend, Connor. Finn thinks he, at least, is safe – until the day the ironclads come to haul him away, too. Yet all is not lost. In the peace of the valley Finn and Connor made a pact: a promise to join the mythical wreckers and end Engn’s tyranny.

But now on his own, lost and broken in the vastness of Engn, Finn begins to have doubts. Is Connor really working to destroy Engn?

Or has he become part of the machine?

“a world of mystery and steampunk” – British Fantasy Society

“Intriguing and engrossing. The machine city is a place of wonder and horror”

“I can honestly say that it was one of my favourite novels to read this past year. I found myself really engrossed in the story I just could not put it down”