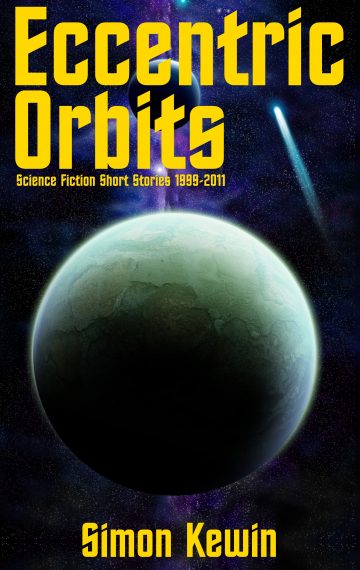 An astronaut alone in the void of deep space. An alien starship capable of destroying all creation. A DNA Detective in search of the genetic code of The Beatles. A terrorist explosion trapped inside a bubble of space/time. A new life-form found in the quantum echoes of the void.

Eccentric Orbits contains seventeen science fiction stories originally published between 1999 and 2011 and now collected together for the first time. Stories range from the very short up to novella length.

The Armageddon Machine
“a beautiful story of trust and hope in dark times.” – Tangent

Good Vibrations
“a wonderfully, almost surreal choice nibble which explores the pursuit of music through the universe and takes the music hunter to realms not thought possible … very cool.” – Prism